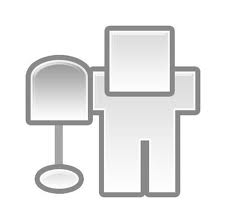 I keep this blog focused on personal topics and hobbies, primarily genealogy, with only the occasional mention of matters related to my professional life. But the demise of social media site Digg has me straying off topic a bit, if only because Digg insidiously crept into my personal life during the course of the 2-3 years when I was active on the site (if you never heard of Digg, you’re not alone).

In late 2008, GreenBiz (where I do product and audience development) was on a quest to scale traffic. At that time, Digg was still the Big Daddy of social bookmarking sites, and getting a story promoted to its front page was good for anywhere from 2,000-50,000 visitors, or more. After immersing myself in the basic workflow of Digg, it became clear a relatively small group of folks were submitting a disproportionate share of the popular items on the site, and that by finding a way to join their ranks I could help GreenBiz reach a broader audience.

In order to achieve recurring success on Digg, one had to first join the community of power Diggers. This was something of a mutual aid society, and to join the group required consistent digging and commenting on 100-200 power-user submitted stories every day. Once a pattern of loyalty towards them was established, one would then befriend individuals in the hopes that they in turn would be supportive of your stories. Reliable and consistent behavior was essential for all but the most elite of this group, and this meant ensuring you dugg the vast majority of all your friends new submissions within 24 hours, seven days a week. Apps were developed to track mutual loyalty among friends, and those found slacking were quickly unfriended. Long vacations or even a few days off of Digg could have significant consequences in lost friends.

If all of this sounds a little nuts, it was. But the traffic dividends made it irresistible. Try as Digg might to find ways to thwart this obvious gaming of the system, the power users evolved as well, resulting in an ongoing game of cat and mouse between Digg and its most interested users. And in trying to simultaneously outwit those gaming the site, placate major media outlets who were ambivalent about having their content on the site, and woo advertisers willing to spend higher CPMs for a quality audience, Digg completely failed on all counts. In short, Digg dug its own grave.

During my three years using Digg, I spent an average of 90 minutes a day, seven days a week, with rarely a day off. Usually the time was spent multitasking with other matters, such as sitting in meetings, watching the evening news, or talking with others. Digging was akin to needlepoint — an accompaniment to other activities. The ranks of power diggers contained some wonderfully warm people, others who were primarily focused on personal gain, and some who were just downright creeps. The pleasure of crafting a submission well-suited for the Digg community was always challenging, and often amusing (e.g. our original GreenBiz headline “KFC Lands in Hot Water for its Packaging” performed much better on Digg when changed to “KFC Packaging Even Worse than Its Food“). And for those efforts, GreenBiz was rewarded with well over 1 million visitors sent to us by Digg.

When the news broke recently that Digg had been sold for a pittance, few were surprised, as the rise of Facebook and Twitter had already relegated Digg to little more than also-ran. And as nostalgic as I might feel for the pleasure that came from generating popular items on Digg, the site was clearly a (big) novelty that came and went. I’m happy to have those 90 minutes a day to multitask on other things, or to simply enjoy a sunny day.