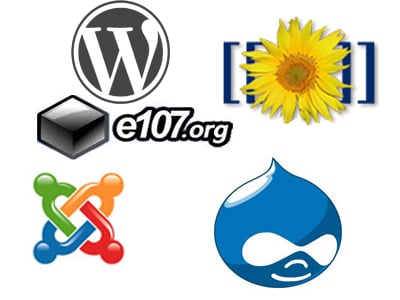 One of the main barriers to revamping this website was the challenge of integrating my genealogy data, which is powered by The Next Generation (TNG), with a proper content management system (CMS).  TNG is the most robust platform for presenting genealogical data, and is well supported by both its author, Darrin Lythgoe, and an active community of users who help drive new feature development, or create their own add-ons and enhancements for others to use.   In addition to doing a fine job of presenting family tree data in a flexible and reasonably intuitive format, TNG has valuable security and privacy features, which ensure sensitive and personal data is only visible to those whom the site owner chooses to make it available.

Shortly after launching the site, I set up an integration with TNG in a relatively obscure CMS called e107.  The reason for choosing e107 was pretty simple:  It was the only CMS that was supported by the TNG developer ecosystem with anything close to a native look and feel, and which also integrated the user roles and permissions so important to maintaining a safe and secure environment for publishing sensitive data. While TNG is best of breed for publishing genealogical data, it’s limited in functionality that supports other ancillary features (i.e. anything deviating from presenting your family tree research, such as a personal blog, media gallery, or other related applications).  Design templates available for standalone TNG sites are also lacking, and had a decidedly retro look even in 2006, when I first launched the site.

But relying on a CMS with only a small group of volunteers supporting the development of the basic codebase had significant downsides, which became painfully apparent when the lead architect for e107 left the project in early 2011.  This loss coincided with hackers identifying and exploiting serious security holes in the platform, taking down sites right and left.  It did’t take long before ByrneFamily.net was targeted, and the ensuing hijinks prompted me to ditch e107 and revert to a bare-bones site.

The holidays, with a slower pace at work, gave me an opening to rebuild the site.  I’d been wanting to take a fresh look at the various open-source CMS platforms in use, and which might be the best fit for the genealogy applications.

I didn’t have to look far.  While Joomla, Drupal, and Media Wiki were all possibilities, WordPress was the obvious choice.  The ease of setup and administration, huge WordPress user/developer community, and existing integration plugins for TNG made the process nearly painless.  In fact, the main issues in migration and setup were primarily due to idiosyncrasies I’d created in the database and page templates during my e107 era.  Once those had been eliminated through a fresh install of TNG, the WordPress installation and integration was completed in short order, with no downtime, and only a few glitches and theming issues, some of which I’m still resolving.

The new features and functionality of having ByrneFamily running with WordPress have given me a new enthusiasm for adding to the site.  While many of my original uses for the site circa 2005-2006 (personal photos, family news, etc.) now have a wider audience on Facebook, Flickr/Instagram, I still enjoy the power and flexibility of publishing on a dedicated blog/website.

4 thoughts on “Choosing a new CMS”