Dead and long forgotten. I have a soft spot for those who led interesting, meaningful lives, but for one reason or another never got much attention from other researchers. Often it’s because they fall into the category of d.s.p. (descessit sine prole; died without issue). With no descendants to carry their stories, they are the cul de sacs in the family neighborhood.

Levi Brown Austin has always been one of my favorite lone twigs on the Austin branch of my tree. And if it wasn’t for him, who knows when or if the rest of my Austin line would have ever made it to California.

Born in Rochester Vermont in 1819, Levi Austin was the eldest of 13 children in a family that never managed to settle down. The Austins were constantly on the move, relocating from Vermont to New York, Indiana, Ohio, and Iowa, where Levi stayed and worked in the furniture business from 1842-1849. Times were never good for the family, so when news of the California Gold Rush came in 1849, Levi and his brother, Freeman, were quick to pick up and head west along with thousands of other Forty-Niners. Their journey went without incident, and Levi and Freeman arrived in California on August 16, 1849 via the Donner Pass.

Once in California, Levi surprisingly didn’t head straight for the gold fields. Instead, perhaps thinking there were easier ways to get rich than panning for gold, he headed across the Sierra to the town of Fremont. The Fremont in this case was not today’s Bay Area city, but an earlier settlement called Fremont in Yolo County, situated on the west shore of the Sacramento River at the mouth of the Feather River (the photo above is of the former site of the town) . At the time, it was the closest point to the gold fields that could be reached by large boats, and as such was briefly one of the most important ports in California. In Fremont, Levi worked as a carpenter, deputy Sheriff, and recorded the 1850 US Census for the town. In it, he claimed to be one the wealthiest land owners in town, listing property valued at $5000. 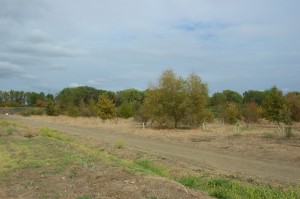 Unfortunately, the good fortunes of Fremont and Levi Austin were short-lived. The winter of 1849-50 washed away most of the town, as well as a sandbar that had once stopped ships from navigating further upriver. The town rebuilt, but having lost its strategic importance to commerce, disappeared in a matter of a few years, with many of the buildings moved to other towns, such as Knight’s Landing. Levi’s land was now all but worthless. 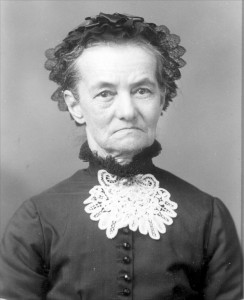 In 1851, Levi returned to the gold country, settling near Nevada City, where he tried his hand at strip mining, inn-keeping, and carpentry. There he met and married Jane Martin, a native of Missouri. The couple had at least four children, only one of whom, Annie, survived to adulthood. In 1869, the family packed up and moved to Hollister, CA, where Levi again ran a hotel and worked as a carpenter. His move to Hollister also brought about the migration of my gr-gr-grandparents, George and Annie (Rue) Austin, to California, and their first property in Hollister was purchased from Levi.

Levi’s later years were not kind, and he Jane, and Annie lived a hand to mouth existence, living variously in San Juan Batista, Monterey, and finally, Santa Cruz. His occupations included stationer, grocer, and carpentry, but increasingly the family relied on Annie’s income as a school teacher to keep the family afloat. He died in 1897 at age 77, followed in 1904 by Jane, and in 1916 by Annie, who succumbed to cancer at age 56. The family were all buried at the I.O.O.F. cemetery in Hollister, and all must have had wooden or no headstones, as they have not survived to the present.

With no descendants, Levi and his family’s story, though rich and colorful, was largely forgotten. But as a Gold Rush pioneer, and the earliest member of my family to venture to California, he deserves better than to be relegated to the d.s.p. dust bin.